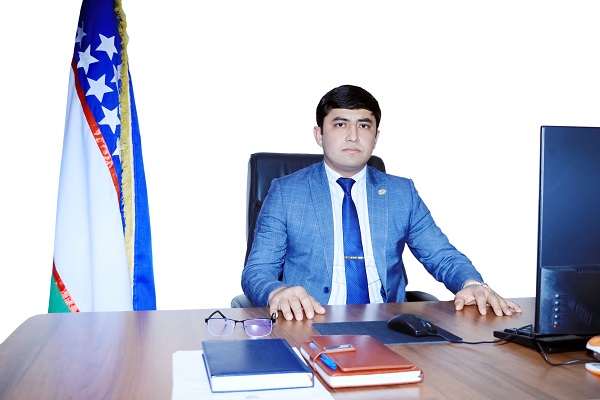 The youth union of Uzbekistan – private non-profit organization founded by individuals on their legal form as Association uniting the youth of Uzbekistan in order to raise a physically healthy, spiritually Mature and intellectually advanced, open-minded young generation; to protect young people from external threats and the negative impact of "mass culture"; providing comprehensive support to protect the legal and legitimate interests of young people and creation for them favorable conditions. The main purpose of the Union is engaging youth to take active part in deepening democratic, political and economic reforms in the country, in strengthening peace and harmony in society; to contribute to the process of accession of Uzbekistan among the developed countries; and ensuring effective protection of the rights, legitimate interests and freedoms of the younger generation, and enhancement of spiritual and professional culture of young boys and girls, providing support in the fulfilment of their intellectual and creative potential.
The main tasks of the Union:
•    formation of harmoniously developed, free-thinking youth with a clear life position and strong convictions, able to take a worthy place in society and participate in the development of the country, which can become a decisive force and support in the processes of renewal;
•    increase their legal literacy and legal consciousness;
•   education of youth, in particular, unorganized youth in spiritual and moral terms and in the spirit of military patriotism, formation of their awareness of historical memory, national pride and self-knowledge, involvement in the events, a sense of respect for national and universal values;
•   protection of the rights and legitimate interests of young people, support of their aspirations in mastering modern professions, attraction to entrepreneurship;
•    support for talented young men and women, creating conditions for them to realize their creative and intellectual abilities, as well as attracting them to scientific activities;
•    formation among youth, in particular unorganized youth, a healthy lifestyle and environmental culture, active involvement in regular physical education and sports;
•    to protect young people, especially unorganized youth, from the influence of religious extremist and destructive organizations, from the negative impact and threats introduced from the outside under the guise of "mass culture", to carry out work among young people on the prevention of offenses and crimes, to assist in the prevention of their Commission.
Legal entities and individuals may become members of the Union on the basis of the provision set forth in the Charter. Namely, citizens of the Republic of Uzbekistan and stateless persons permanently residing in the territory of the Republic of Uzbekistan, who expressed a desire to support the goals of the Union, who have reached the age of 14, but not older than 30 years, can become members of the Union. In particular, non-governmental non-profit organizations in the field of youth direction, enterprises, institutions and organizations of the youth sector, as well as other legal entities whose constituent documents do not contradict the goals, objectives and program documents of the Charter of the Union can become members of the Union.
The governing bodies of the Union are:
•    The Congress;
•    Central advice;
•    Executive Committee of the Central Council;
•    Central control and audit Commission.
The structure of the Union includes:
•    Central office of the Union;
•    Regional structures of the Union;
•    Local structures of the Union;
•    Primary organizations of the Union;
•    Enterprises, organizations and institutions of the Union, including the media.
In addition, the Union and its subdivisions have organized "Kamalak" branches, which will function in the children's direction. They are part of the Union and its separate divisions.
1

Other departments
Spiritual and educational activities